Another project is now off my hook 🙂 ! Very pleased with how they are all turning out to be.

This project is the “Fiesta Afghan” found in the April 2016 issue of I Like Crochet magazine. The colors were selected by my 12 yr old although I couldn’t help thinking they looked a little flag-like : the Ghana flag has these similar colors 🙂

But I like it, just the way it is! 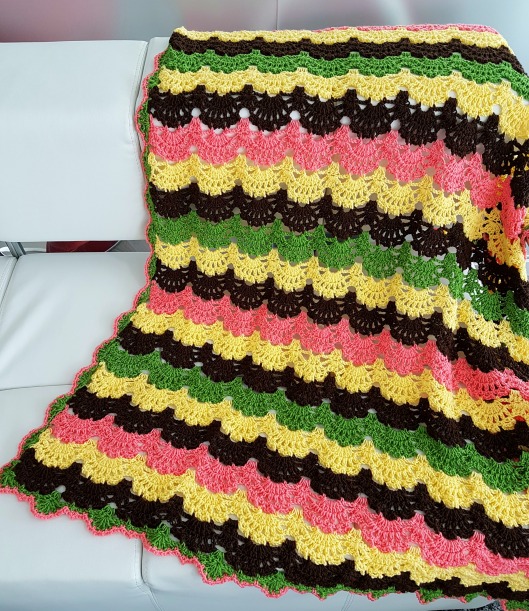 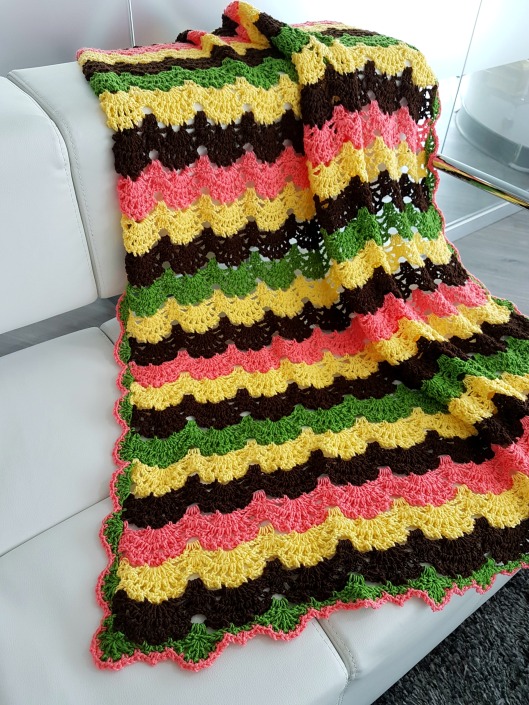 So, now that I’m slowly and steadily finishing off my yarn stash, the better half (very kindly) took me to the yarn shop to see if the grey shades of yarn needed for my Moroccan Afghan were back in stock. And they were!!!

I shall be posting a completed picture of it, soon enough 🙂

Wishing you all a lovely week ahead!

Its time to show off the throw that I had been working on for a while now. Although I had completed most of the work last month, only the borders had remained.

The pattern is from an e-book I had purchased earlier this year called “Dare to be Square Afghans e-book” by Leisure Arts. The reason I purchased it was because I liked the fact that the throws are all made in one big square and kind of saves me the trouble of making different blocks and the bother of joining them. I need only to carry this one single piece with me whenever I wish to crochet on the go and see it grow.

There are a total of 8 patterns in the book and 4 of them had caught my fancy.

The first one I attempted was the Patchwork Throw :

I used the same pattern to crochet a cushion cover too. It took me a good while to figure out the best way to go about it since I do not sew. The pattern has a lacy appearance; so I bought a solid-colored cushion cover with a zipper to serve as a lining. I first crocheted 2 panels as seen below (front and back), joined only 3 sides together with single crochets and shelled around them. The 4th side was where the zipper would be from the lining cushion cover underneath. So made single crochets on the top edges of the front and back panels of this side, shelled around both edges & fit buttons on one side of the shells. This way, after I slip the crocheted cover onto the lining cover, I button up into the shells on the other side. Did that make sense, dear readers?

I don’t really know if that was a good idea, but it worked. Cushion covers can be a bit tricky to crochet, can’t they? Especially if you do not know how to sew.

Front side of cushion

Next time I visit mum, I am going to get her to teach me some basic sewing with the machine (which I’m quite terrified of, honestly). Every time I think about learning to use a sewing machine, thoughts of my fingers getting stitched up instead of the fabric, kinda gives me the heebie-jeebies. But I know I have to face my fears if I want to progress.

Overall, I’m quite happy with the way they’ve turned out. Better than expected 🙂

What do you think?

Lately, I’ve been admiring crocheted afghans and blankets. Simply browsing through them makes me fall in love all over again with crochet.

Check out the ones I personally feel are quite extraordinary : 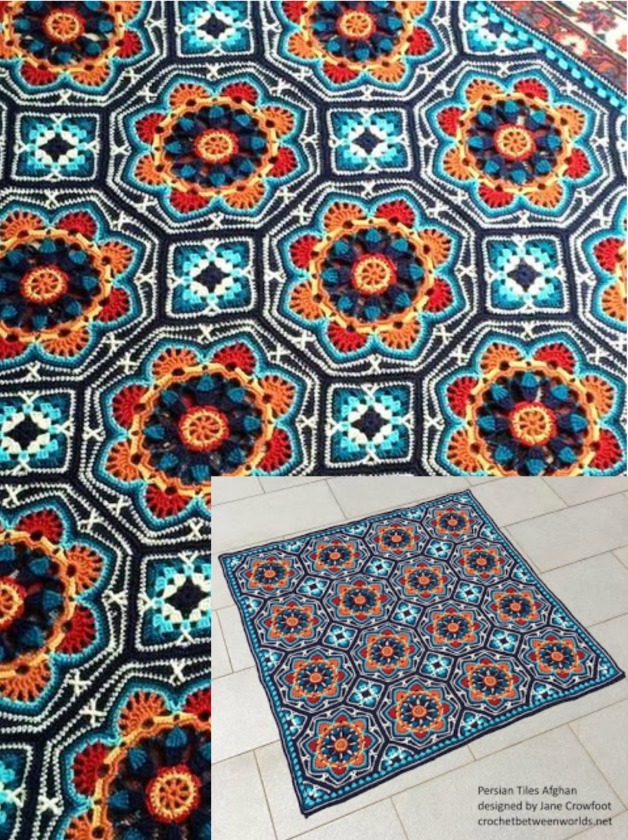 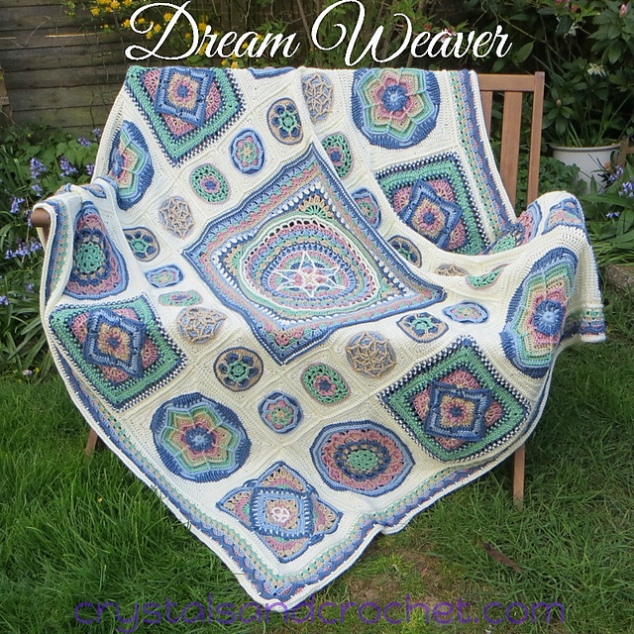 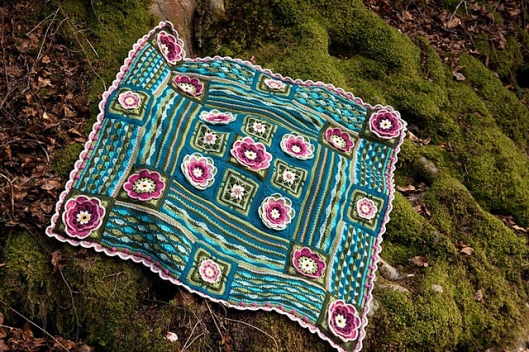 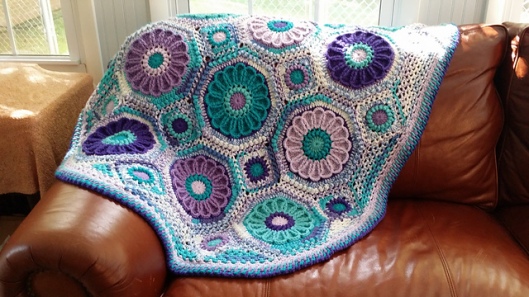 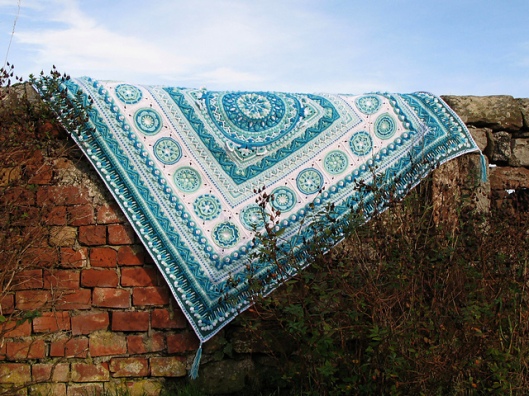 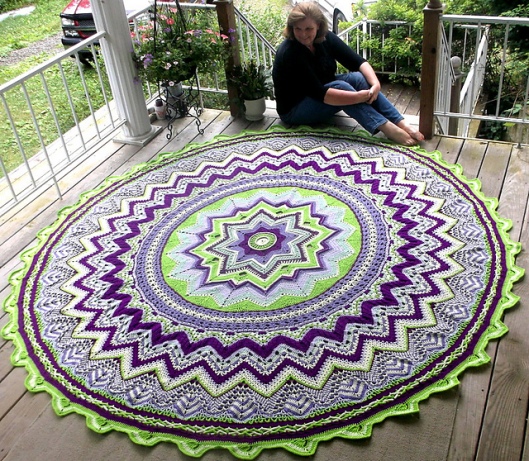 (Not in English; but I do admire the finished work!)

Having said that, one of my WIPs is also another beautiful blanket that I started working on just a little over a week ago.

Do you have any favorite afghan projects (completed/in progress/to-do) that you’d like to share? Would love to see them!